What Are Qr Codes, and How Safe Are They to Use 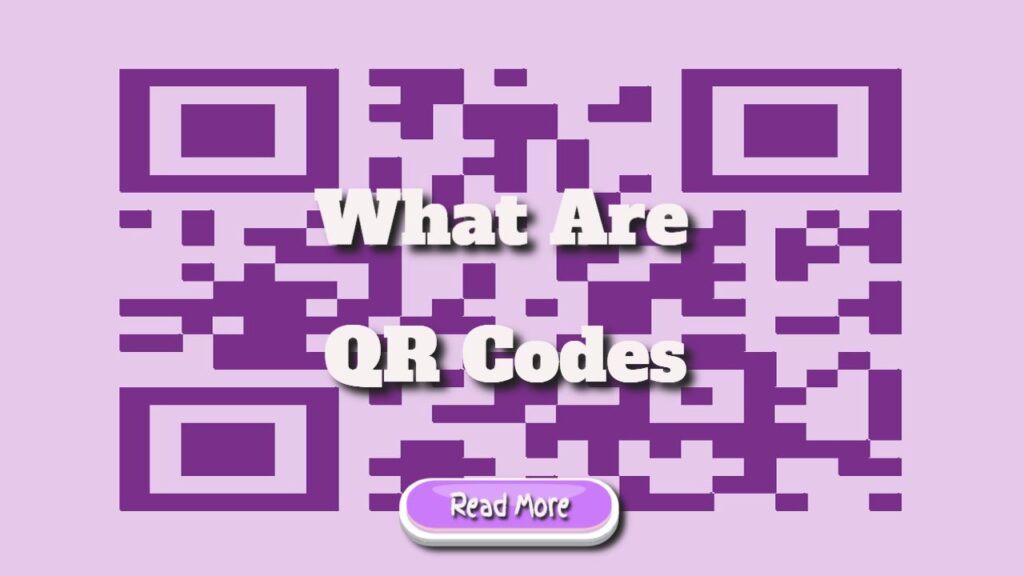 What Are Qr Codes, and How Safe Are They to Use

QR codes are defined and explained in detail.

What Are QR Codes and How Safe Are They to Use: Despite their apparent simplicity, QR codes can store a significant amount of data. The name “Quick Response Code” implies that the user should be able to access the information immediately after scanning the QR code. As a result, the size of the data contained within is unimportant.

What exactly are these QR codes that everyone is talking about?

QR codes are a type of barcode that a smartphone or computer can easily read.

The company required a more precise method of tracking vehicles and parts during manufacturing. It developed a bar code that encodes kanji, kana, and alphanumeric characters to that end.

A standard barcode can only be read from top to bottom. This means they can only hold a limited amount of data, typically represented as a string of alphabetic characters. On the other hand, a QR code can be read in both directions (top to bottom and right to left).

As a result, it can hold significantly more data.

A QR code can contain website URLs, phone numbers, or text with up to 4,000 characters. QR codes are also useful for the following things:

To download an app, use a direct link to the Apple App Store or Google Play.

By storing encryption details such as the SSID, password, and encryption type, Wi-Fi can be accessed.

Payment data is sent and received.

And much more – a British company, QR Memories, even creates QR codes for tombstones, allowing people to scan the code to learn more about the deceased person's life (if an obituary or newspaper article about them is online).

The creators of the QR code aimed for simplicity so that workers wouldn't have to spend time getting the code in the right place before scanning it.

They also desired a distinct design that would allow it to be easily identified. That is why they chose the traditional square shape, which is still used today.

Denso Wave publicised its QR code and stated it would not enforce its patent rights. This meant that anyone could create and use QR codes.

However, once the concept became popular, it took off, and the first cell phones with built-in QR readers were released in Japan in 2002.

The widespread use of smartphones has increased the number of businesses that use QR codes.

The original Denso Wave design was improved further in 2020. Their new QR codes allow for traceability, brand protection, and anti-counterfeiting.

How do I decipher QR codes?

QR scanners are built into most smartphones and are sometimes integrated into the camera. A QR scanner is simply a device used to scan QR codes.

Some tablets, such as the Apple iPad, have QR readers built into their cameras.

A QR code reader app is available in the App Store and Google Play for those with older devices.

Scanning a QR code with your device is simple:

Open the QR reader app or camera on your smartphone.

You should be able to point it at the QR code from any angle and still get the necessary information.

The data will be displayed on the screen immediately; for example, if the QR code contains contact information, your phone should download it immediately. 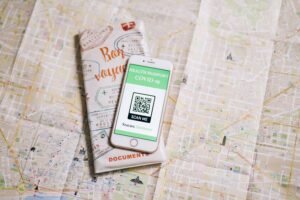 Are QR codes safe to use?

Attackers can embed malicious URLs with custom malware in QR codes, which can exfiltrate data from a mobile device when scanned.

A malicious URL can also be concealed within a QR code. users are directed to a phishing website where they may reveal personal or financial information

Because humans cannot read QR codes, attackers can easily change a QR code to point to a different source while remaining undetected.

Examples of these actions are adding contacts, composing emails, and opening a website. QR code security threats can be particularly problematic due to this element of surprise.

Users who scan the code are directed to a malicious website, which may contain an exploit kit that compromises the device or a bogus login page that steals user credentials.

Some websites use drive-by downloads, meaning that a simple website visit can result in the download of malicious software.

In general, mobile devices are less secure than desktop or laptop computers. The risks are increased because QR codes are used on mobile devices.

Do QR codes collect my personal information and data?

The software used to generate QR codes does not collect any personally identifiable information.

The code's location, the number of times it was scanned and when it was scanned, and the operating system of the device used to scan the code are all visible to the code's creators (e.g. iPhone or Android).

I'm curious if QR codes can be cracked.

QR codes cannot be hacked; the security risks associated with them are caused by the target of the QR codes, not by the codes themselves.

Hackers can create malicious QR codes that redirect users to bogus websites that collect personal information such as usernames and passwords or even the geolocation of their phones.

As a result, mobile users should only scan codes from known senders.

How do QR codes function?

QR code patterns are binary codes that can be interpreted to reveal the data contained within the code.

A QR reader can recognise the three large squares outside the QR code. Once it recognises these three shapes, it knows that anything inside the square is a QR code.

The QR code is then decoded by breaking it down into a grid by the QR reader.

It examines each grid square and assigns a value to each one based on whether it is black or white. Grid squares are then grouped to form larger patterns.

Do QR codes collect my personal information and data?

The software used to generate QR codes does not collect any personally identifiable information.

The information gathered and visible to the code's creators includes:

The location of the code.
The number of times it was scanned and the date and time it was scanned
The device's operating system is used to scan the code (e.g. iPhone or Android).

The post What Are Qr Codes, and How Safe Are They to Use appeared first on https://gqcentral.co.uk

How To Stay Safe OnlineInformation